Learn about our response to COVID-19, including freely available research and expanded remote access support.

We investigate the electronic band structure of graphene on a series of two-dimensional hexagonal nitride insulators , Al, and Ga, with first-principles calculations. A symmetry-based model Hamiltonian is employed to extract orbital parameters and spin-orbit coupling (SOC) from the low-energy Dirac bands of the proximitized graphene. While commensurate hBN induces a staggered potential of about 10 meV into the Dirac band structure, less lattice-matched hAlN and hGaN disrupt the Dirac point much less, giving a staggered gap below 100 . Proximitized intrinsic SOC surprisingly does not increase much above the pristine graphene value of 12 ; it stays in the window of 1–16 , depending strongly on stacking. However, Rashba SOC increases sharply when increasing the atomic number of the boron group, with calculated maximal values of 8, 15, and 65 for B-, Al-, and Ga-based nitrides, respectively. The individual Rashba couplings also depend strongly on stacking, vanishing in symmetrically sandwiched structures, and can be tuned by a transverse electric field. The extracted spin-orbit parameters were used as input for spin transport simulations based on Chebyshev expansion of the time-evolution of the spin expectation values, yielding interesting predictions for the electron spin relaxation. Spin lifetime magnitudes and anisotropies depend strongly on the specific ()/graphene/ system, and they can be efficiently tuned by an applied external electric field as well as the carrier density in the graphene layer. A particularly interesting case for experiments is graphene/hGaN, in which the giant Rashba coupling is predicted to induce spin lifetimes of 1–10 ns, short enough to dominate over other mechanisms, and lead to the same spin relaxation anisotropy as that observed in conventional semiconductor heterostructures: 50%, meaning that out-of-plane spins relax twice as fast as in-plane spins. 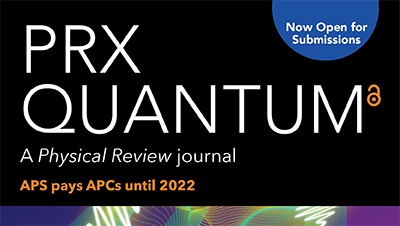 COVID-19 has impacted many institutions and organizations around the world, disrupting the progress of research. Through this difficult time APS and the Physical Review editorial office are fully equipped and actively working to support researchers by continuing to carry out all editorial and peer-review functions and publish research in the journals as well as minimizing disruption to journal access.

We appreciate your continued effort and commitment to helping advance science, and allowing us to publish the best physics journals in the world. And we hope you, and your loved ones, are staying safe and healthy.

Many researchers now find themselves working away from their institutions and, thus, may have trouble accessing the Physical Review journals. To address this, we have been improving access via several different mechanisms. See Off-Campus Access to Physical Review for further instructions.

Sign up to receive regular email alerts from Physical Review B

Paste a citation or DOI